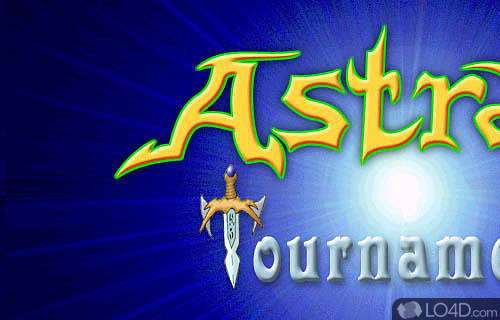 Astral Tournament is a shareware software download filed under action games and made available by Astraltournament for Windows.

The review for Astral Tournament has not been completed yet, but it was tested by an editor here on a PC.

In Astral Tournament duel you fight the other mage (computer or other player) for control of...

In Astral Tournament duel you fight the other mage (computer or other player) for control of magical plane using creatures and other spells.

The creatures and spells are of the following magical elements: Air, Fire, Water, Earth and Death. Each mage starts the duel with 50 life points. Each mage has five more numbers - they show his power in the appropriate magic element. These powers affect the spells the mage can cast and the power of the spells also. (e.g. if your Fire power is 5 you can cast fire spells or summon fire creatures with level 5 or less). Each time you cast spell/summon creature with level X your appropriate element power reduces by X, and each turn all of your powers are increased by 1.

This download is licensed as shareware for the Windows operating system from action games and can be used as a free trial until the trial period ends (after an unspecified number of days). The Astral Tournament 1.5 demo is available to all software users as a free download with potential restrictions and is not necessarily the full version of this software.Filed under:
Download Astral Tournament 1.5 for Windows 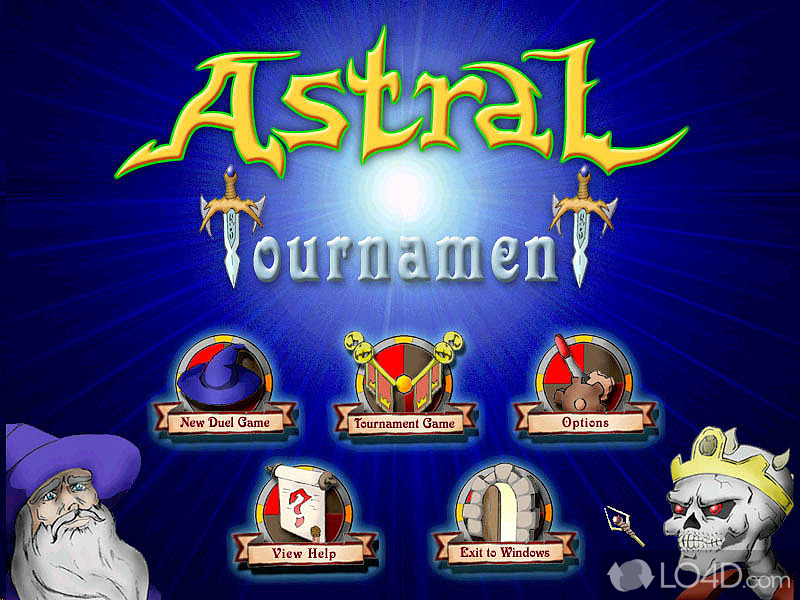 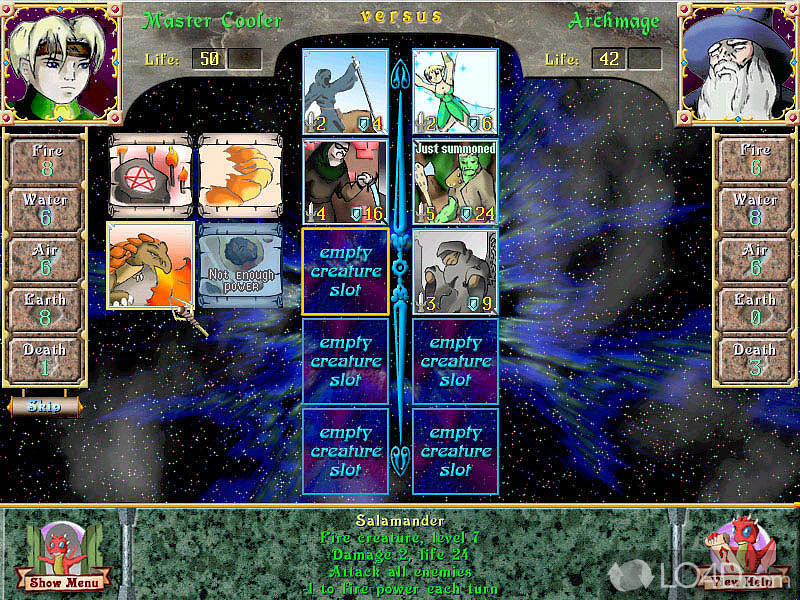 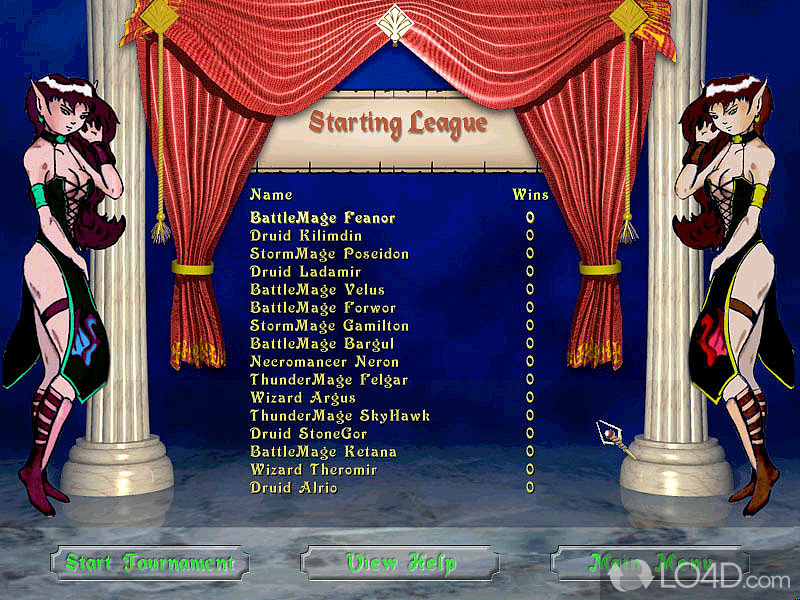 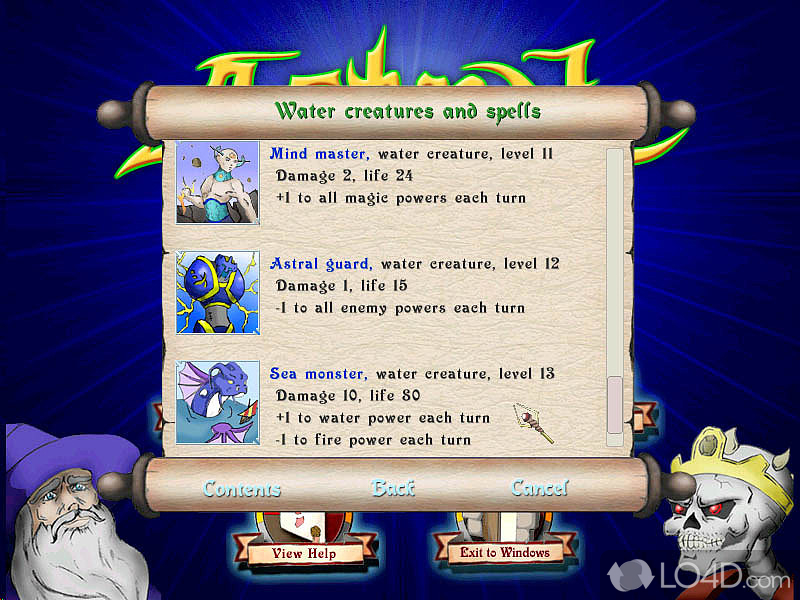 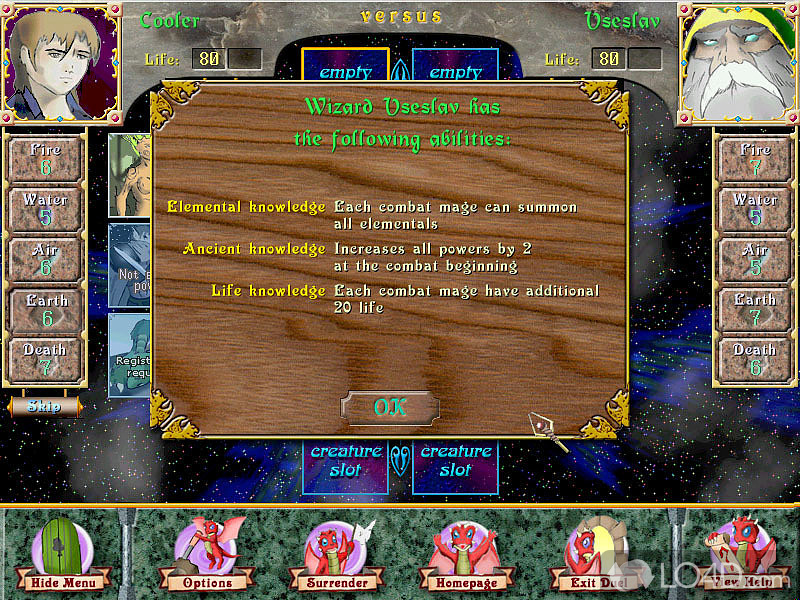